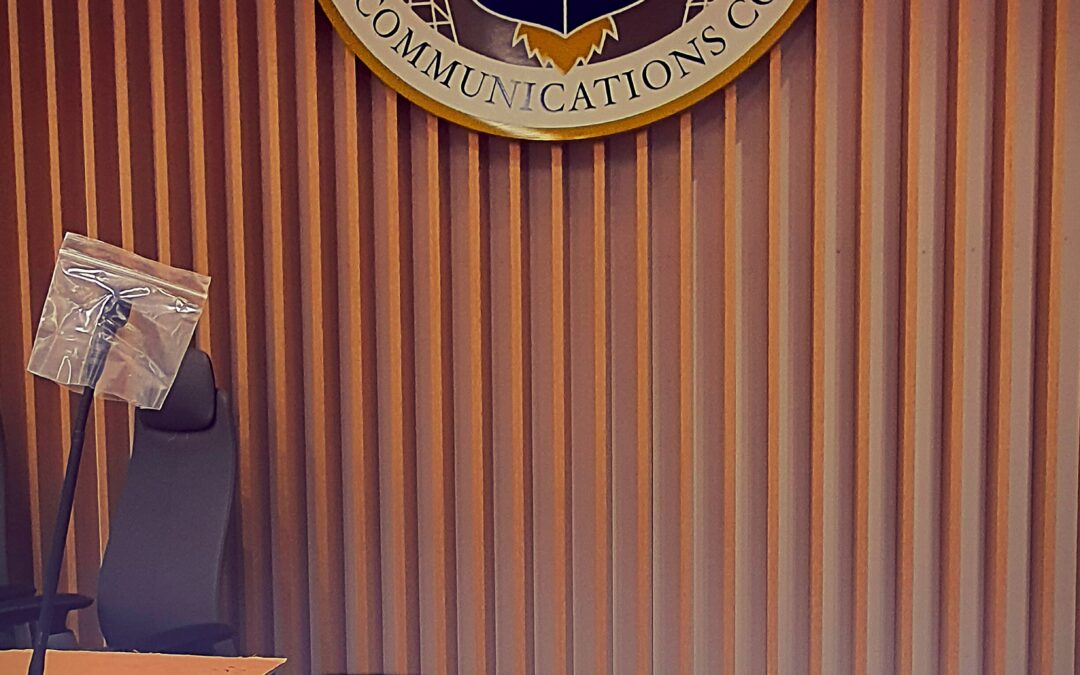 Command and Control Communications Engineering & Logistics, LLC (C3EL) is a Veteran-owned Small Business that specializes in building command centers worldwide. The company’s core capabilities are providing AV/VTC design-build and O&M services to Department of Defense (DoD) clients in support of global operations. C3EL is comprised of industry veteran engineers and logisticians who develop project plans and designs, procure and ship equipment and materials, and deploy to build and install projects all over the globe. Its senior staff is made up of prior military technicians and engineers, and its technical personnel all hold DoD security clearances to work in the most secure environments. The company also performs SCIF construction (Sensitive Compartmented Information Facility) and all the system requirements to assist the government in that process.

With qualifications like that, it’s no surprise that C3EL was chosen to perform turnkey services for the new Federal Communications Commission (FCC) Headquarters facility at 45 L St. NW Washington, D.C. The FCC was looking for a detailed design validation, project management, procurement, engineering, installation, programming, and commissioning of the new facility’s 292 rooms. The spec included AV equipment, facility-wide IPTV, sound-masking, and paging systems. Although this was a government project, C3EL worked alongside and collaborated with the commercial general contractor that constructed the ten-story building.

“It was late August 2019 when we were approached by our prime contractor as one of many companies that were to bid on the project. The design was done by a consultant for the government. They gave us the high-level design, the list of materials, and scope of work, and asked us if we could bid on supporting the project from a full turnkey standpoint, including design validation, engineering programming, installation, integration, as well as commissioning and training,” says Lavar McDowell, Vice President, Business Development/Sales, C3EL. Lavar is also a Senior Non-Commissioned Officer in the US Army Reserves.

How did C3EL win the bid? “Our company was in the process of moving offices when word came to us that the FCC needed services and had a short suspense timeline of fewer than two weeks in which they had to put a bid into the government,” says McDowell. “We hunkered down, also dealing with Hurricane Dorian over Labor Day weekend, and produced this proposal to be able to submit through our prime contractor for submission to the government. In five days, we turned around what would normally take several weeks, if not months, putting together a thorough quote and providing all the answers they needed.”

That intensive scramble to produce a thorough bid worked out for C3EL, putting them at the head of the pack. “They were impressed by our competitive bidding process and communication,” adds McDowell.

After winning the job and several iterations of reviews, McDowell and his team discovered that the initial documentation wasn’t fully complete, causing the team to have to make modifications to the proposal. At that point, they received an award and went into the design validation period, which took 45 days to complete. In the process, with the design being now two years old since the building was first designed, C3EL had to make sure all the equipment was still available and up to date and change out some of the materials to meet FCC’s requirements for the latest technology.

C3EL did the design validation in December 2019 through January 2020, and once they got the design approved by the government, they started the procurement process and began receiving materials in February 2020 at their 6,000-square-foot secured warehouse facility in Tampa.

“We took a unique approach to system design. We created a lab environment in our warehouse, preconfiguring the racks and testing them in the lab, then building custom crates and shipping the racks up to D.C.,” says McDowell. “The construction was not done at that time, so this approach allowed us to work remotely on our scope of the project without interrupting or waiting for the general contractor to finish their portion of the project. This expedited our progress on-site. When we got there, we just had to do the layer-one cabling and installation of room peripherals. The rest was a plug-and-play installation, testing, configuration adjustments for the room environments, sound-reinforcing improvements, and commissioning.”

In March of 2020, the term “work remotely” took on a new meaning as COVID hit the states. Because C3EL had carefully planned the project and preconfigured racks, their work was only minimally disrupted by the virus. “In February, we had no clue COVID was even a thing. We were already working remotely and were on a tight timeline as well,” says McDowell. When everyone went to quarantine, C3EL was able to keep minimal staff employed working in Tampa and had already deployed its first team to D.C. towards the end of February. Of course, there were some delays at the supply level and the general-contractor level due to the pandemic, which had a ripple effect through to subcontractors working on-site.

“We had to really press into our suppliers and reach out to other suppliers to procure some of those materials that were affected,” says McDowell. “COVID was a layer that affected the entire world, but we were still able to keep a project scheduled and keep everyone employed and healthy. C3EL was able to trudge onward, adjusting for the schedule of materials, while getting used to wearing masks and social distancing across ten stories and hundreds of thousands of square feet.”

A big piece of the puzzle that allowed C3EL to be so successful on the project was its use of D-Tools System Integrator software. “We outgrew the solution we were using prior to this opportunity and were in the midst of transferring over to the D-Tools platform. For a very large project like this, it’s frustrating for our design and sales staff to have to price out materials and wait for a PDF to print with 2,000 line items,” says McDowell. “We needed a software solution geared toward AV, and we fell in love with the concept of D-Tools.” Particularly, McDowell liked the ability to have his sales team, design team, and operations teams work out of the same system for increased efficiency.

“Now, when we are working on a proposal, we can import pricing from different vendors or go off pricing pre-built into D-Tools software versus going back to an excel spreadsheet,” says McDowell. This saves him precious time, which is a resource that is even more valuable than ever.

“COVID has actually propelled our business forward, and we had to hire like crazy to keep up with the work that is coming in,” says McDowell. He notes that D-Tools online training has also been a boon to his business in this respect because he requires every employee to go through the training.

Not only did C3EL win the project install and integration, but they also were awarded as a sub-contractor to provide the AV Support Services at FCC with several members now officially on-site. “Our past performance when doing the install and having the continuity was very attractive to them. After all, who better to maintain the systems than the team who designed and installed them?”

McDowell is looking into using D-Tools software as part of the Service Level Agreement (SLA) and warranty support. The team will be developing all the FCC training materials, systems operations guides, quick-reference sheets, and will provide training to fifteen FCC resources.  As part of the AV installation project, C3EL will be the contractor that will manage all warranty actions and return merchandise authorizations (RMA) on behalf of the FCC during the first twelve months of systems operations.

From the completing the bid in record time, through to innovative project pre-configuration and implementation during a time of crisis, C3EL expertly executed on the FCC’s new building at 45 L St. NW, proving that the company is, as McDowell says, “a small company doing big work.”